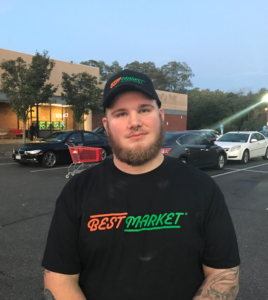 My name is Ray Warnken.

I used to get 40 hours per week. For no apparent reason, management started cutting my hours to as low as 10 hours per week. I was working in the seafood department. I was filling in for the department manager because I was promised bonus pay. I did this for two months and they never gave me the bonus pay they promised.

…I had to sell my possessions so I could buy my six year old daughter a birthday gift.

I’ve moved on to another grocery store. I’m making a better life for myself. While I was at Best Market though, I was part of the movement to make Best Market a better place to work. We had victories. We were all united and were able to get the company to pay premium pay on holidays for the first time in the company’s history. Our movement has to continue. Long Island can’t afford to have companies like Best Market grow on the backs of their workers. If we let them do that, one day there won’t be good grocery jobs left for people like me. Together though, we can make Best Market meet our Long Island standards.

This site uses Akismet to reduce spam. Learn how your comment data is processed. 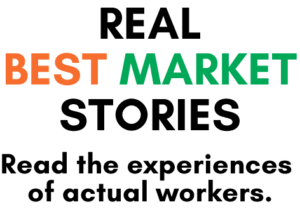